Birra Baracca is a crisp Italian lager that is the perfect all round quencher, named after Italy’s most successful fighter pilot - Francesco Baracca. The fighter ace was shot down at the end of the great war 1918 on the hill of Montello, the same hill which is where Birra Baracca is handcrafted today. Baracca is notoriously known for the Prancing Horse emblam painted on the fuselage on his aircraft, a symbol feraed by his enemies. After his death, Baracca's parents presented the prancing horse emblem to Enzo Ferrari suggesting that Ferrari should paint it on his cars also and he would have good luck. Enzo took their advice and the Prancing Horse has been used as the official symbol of the Ferrari racing team and automobiles since. Birra Baracca was conceived to honour the unknown story of the italian war hero behind his globally recognised symbol. 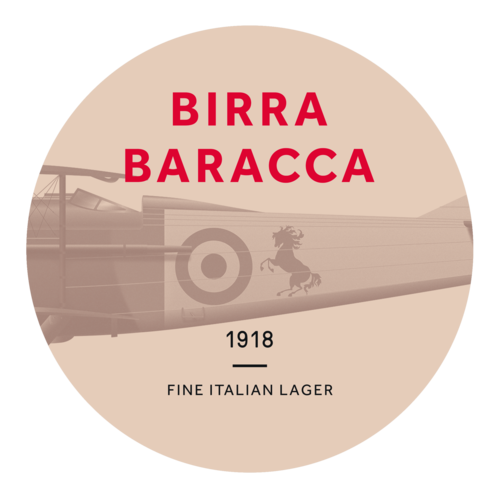