Aperol is an Italian apéritif made of gentian, rhubarb, and cinchona, among other ingredients. Originally produced by the Barbieri company, based in Padua, but is now produced by the Campari company. While Aperol was originally created in 1919, it did not become successful until after World War II. Although it tastes and smells much like Campari, Aperol has an alcohol content of 11%—less than half that of Campari. Aperol and Campari have the same sugar content, and Aperol is less bitter in taste. Campari is also much darker in colour. 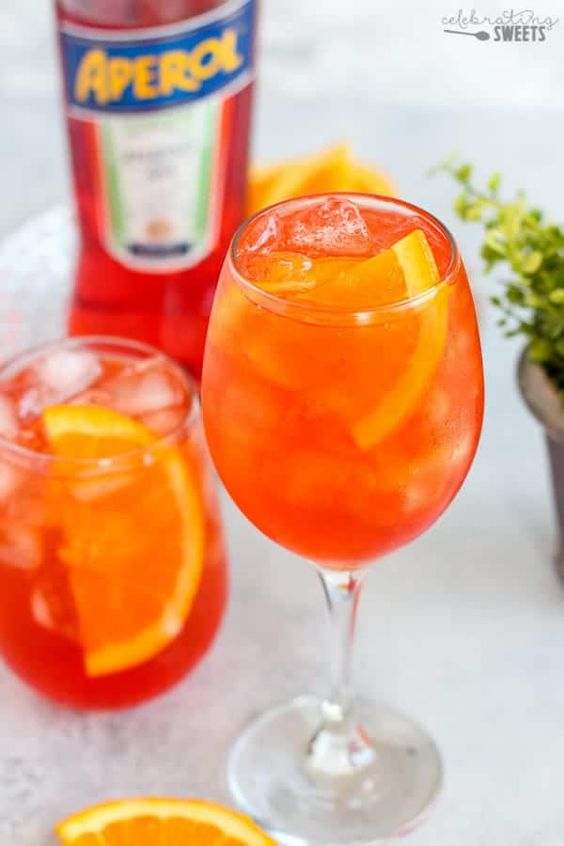 An apéritif made of bitter orange, gentian and rhubarb.

An apéritif made of bitter orange, gentian and rhubarb.